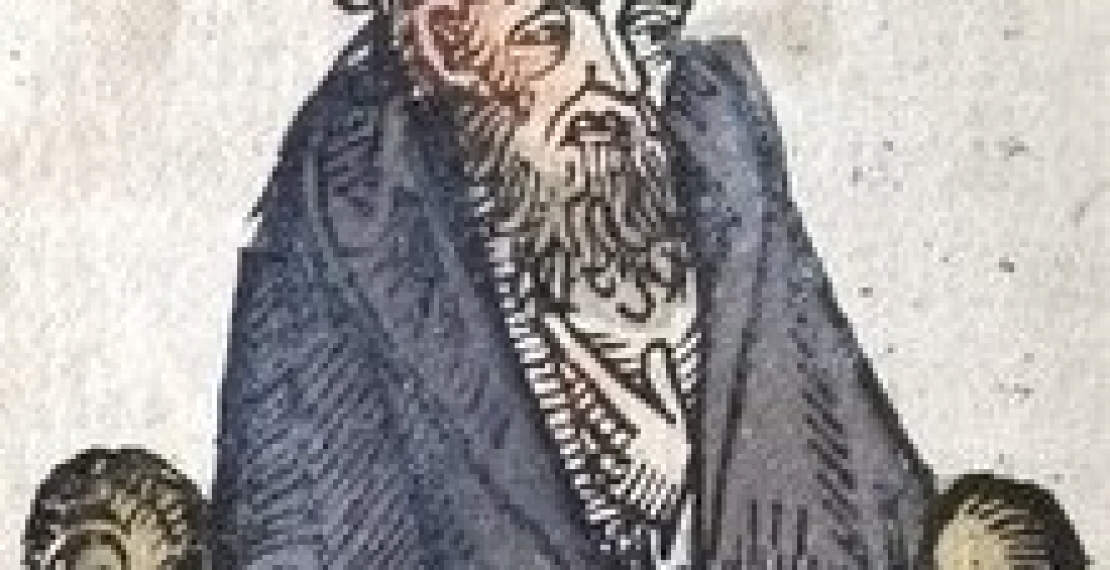 Abstract: Arianism represents a variety of the Christian religion that emerged in the early 4th c. AD. The extreme Arians, also called “eunomians” and “anomoeans” represent a particular tendency in Arianism during the second half of the 4th c. AD. Their theological speculations led to the involvement of the Cappadocian fathers in the discussions of that era. Their specific dialectical approach is related directly to the philosophical tradition of the ancient world.

One of the most important phases of the Arian controversies during the mid-4th AD is the intervention of Eunomius and Aetius, who to a certain extent can be considered as followers of the tradition represented by Arius. Anomoeanism or Eunomianism, whose main representatives are the two thinkers mentioned above, appear for the first time in 357 AD.

The incessant activity and the writings of St. Athanasius of Alexandria between the third and the fifth decade of the 4th century provided, without a doubt, an important assistance to a lot of bishops in order to perceive the theological potential of the underlying principles and concepts of the Nicene Creed. Thus, when the anti-Nicene party begins to disintegrate, Athanasius’s theological deliberations are particular important, because they stimulate processes leading to the conversion to the theology of the Nicene Creed of many supporters of the Anti-Nicene party. The celerity of this process is due to the clarification of the extreme Arian positions of the Anomoeans (ἀνόμοιοι), whose main representatives were Aetius and Eunomius. During 357 AD, they moved from Alexandria to Antioch where the Arian Asterius had been appointed a bishop by the emperor. Convinced of the correctness of the doctrine that the Son is dissimilar (ἀνόμοιος) to the Father, Eudoxius convenes a synod where the “Sirmium formula” was confirmed.  Present in this synod was Acacius, the bishop who inherited the throne of Caesarea of Palestine from Eusebius and participated actively both in the Council of Antioch in 341 AD and in the Council of Serdica in 341 AD in the group of the Eastern bishops. Consequently, under the pressure of these influential churchmen, the view of the Anomoeans was imposed in the council (see Sozomenus, Hist. Eccl. IV, 12-13).[1]

In response to this action, during the spring of the next year, Basil of Ancyra, aware of the danger of this extreme Arian doctrine, convened a council in Ankara to confirm the local Councils of Constantinople (336), Antioch (441), Serdica (343) and Sirmium (351).  A council letter was issued confirming the similar substance of the Son and the Father and nineteen anathematisms condemning in particular those who preach that the Son is dissimilar (ἀνόμοιος) to the Father, as well as those who preach the complete identification of the Son to the Father (ταὐτούσιον) (see the documents in Epiphanius, Adv. Haer. 73, 3-11). By this decision, the emerging party of “homeousians” (moderate Anti-Nicenes), under the leadership of Basil of Ancyra, probably assume that they achieved a balanced position. Although they did not adopt the term consubstantial (ὁμοούσιος), they still appear to be well verse in the writings of St. Athanasius the Great (Alexandrian) and are inclined to debate. As a result of this, in the same year, Basil of Ancyra, Eustathius of Sebaste, Eleusius of Cyzicus and the magistrate Leontius informed the emperor on the developments of the Council. Aetius, Eunomius and Eudoxius fell out of favor and were temporarily imprisoned (see Philostorgius, Hist. Eccl. IV, 8; Sozomenus, Hist. Eccl. IV, 13).). A Council was convened hastily in Sirmium, which included Bishops from the both parts of the empire and with a special invitation to Pope Liberius of Rome. In this Council a Decree document has been accepted, that asserted that the Son is similar in essence and everything else with His Father. The following Councils in Arminium and Seleucia confirm the new doctrine line, which is closer to the Decree of Nicaea. At the Pentecost of 359 AD a creed document was handed to the emperor. Actually, this document corresponds to the fourth article of the Council of Antioch (341). The authors of this document do not accept the concept of essence (οὐσία), because it doesn’t exist in the Scripture. However they take into account the fact that the Nicene Fathers used it. On the whole, the aim of this document is to approach as far as possible the Nicene Creed without using the terms “essence” and “consubstantial” (the document is preserved in: Athanasius, Ep. De Synodis 8). In the same year, George of Laodicea writes a letter to Basil of Ancyra in order to persuade him to accept that the Son is similar in essence with the Father. The reason of writing this letter is the spreading heresy of Aetius and Eunomius. Here, for the first time, the use of the term “hypostasis” (ὑπόστασις) is interpreted as something “liable and self-subsistent”, recognizable by its properties. The main arguments of Georgius are that by this way the homoiousians will converge with the Nicenes (Epiphanius, Adv. haer. 73, 12-22).[2]

According to Ioannis Romanidis is not acceptable to consider this movement as a continuity of Arianism, because there are different philosophical prerequisites in the formation of these two heresies – Arianism and Eunomianism (Anomoeanism). One of their theological differences, according to him, is that the Arians accept the existence of uncreated divine energies, but they include them in Son, while the Eunomians do not even acknowledge the existence of such energies.[3] On the contrary they consider them as created actions. However, I rather disagree with his opinion, although the origin of the heresy is not so important to our study as its methodology.[4]

Eunomius and Aetius struggle to explain the divine relationships using the aid of human reason, according to the principles of human logic and by rejecting the Nicene doctrine of the generation of the Son from the essence of the Father, because in their view this would necessarily lead to an anthropomorphic and materialistic conception of birth by the Father. This view agrees with the opinions expressed by Arius at the beginning of the pre-Nicene disputes (325). As a consequence of this view Eunomius believes that the essence of God would be subject to bodily and human suffering because Christ suffered on the cross. This is again a view very close to Arius’s. Thus the reason why Eunomius relates the birth of the Son from the Father not with nature but with the will and the action of the Father. According to him, the Father manifested his will and his action directly only at the birth of the son. In other words, if Eunomius considers the Son to be born, he views it simply as a direct consequence of the Father’s action and by that he distinguishes Him from other creatures that come into being (i.e., beings that they receive creation, that are created) by the action of God (Eunomius, Apologia quam confutavit Basilius Magnus 16-20).

Therefore, while Arius accepts two ontological categories (birth and uncreation, inherent in God, having in mind only the Father, and birth and creation, inherent in all creatures, including the Son) Eunomius, since he separates ontologically the categories of birth and creation, he accepts three ontological categories: unbornness (Father), bornness (Son), creation – for all the other creatures (it seems that according to him the Holy Spirit belongs to the created beings), (Eunomius, Apologia quam confutavit Basilius Magnus 25, 28)  (see Basilius, Contra Eunomium 3, 6; Homilia XXIV, 6).

The ontological difference between generated and created according to this logic consists in the different mode of existence: what is generated comes into being through direct action, by the will of the ungenerated Father, while the created comes into being through the action of the generated Son, i.e., indirectly from the Father. According to Eunomius, the consequence of the ontological value and the diversity of essence of those three ontological categories (unbornness, bornness, creation) does not determine their origin or their non-origin from non-beingness or beingness, as Arius believes, but only the inherent mode of their existence.[5] In other words, Eunomius distinguishes three ways (unborness, bornness and creation) of existence of things that are respectively identified with the essence of the above ontological categories and cannot be perceived independently. Thus, the difference in the way of existence between the Son and the Father lies in the cause of their different essences.[6] Subsequently, if we know the names, then we also know the essence of the Divine Persons, i.e., the names “unborn” for the Father and “born” for the Son show what their essence is (Eunomius, Apologia quam confutavit Basilius 12).  According to him, when the names are different, the distinction of the essence of the beings should also be recognized (Eunomius, Apologia quam confutavit Basilius 18).

Probably this type of thinking and understanding has its roots in some almost magical understanding of the role of language, as it is observed in Neoplatonists such as Iamblichus (see Jamblichus, De mysteriis VII, 4-5)[7] and Proclus (Proculus, In Platonis Cratylum Commentaria 71). Thus, it turns out that these views are determined by a certain theory of language in which the nature of things follows the names. However such an understanding is inconceivable in a Christian context insofar as it takes for granted the existence of concepts in the human mind. According to the Christian tradition the human mind perceives the divine truths insofar as it manages to step into the path of spiritual development and progress (προκοπή), during which it overcomes the passions (πάθη) and surpass the evil thoughts (λογισμοί). Actually this path of spiritual development overcomes the created concepts and leads the mind to the light of the Divine grace. The monastic literature refers to the real contemplation of a sapphire divine light, dating back to the 4th century AD. In this condition the enlightened Christian receives the gift of contemplating the truth according to God and His created works now and before. This specific unerstanding of the knowledge of God with the specific gnoseology that derives from this conception will have a particular fruitful effect on the Christian and especially the Byzantine understanding of the visual arts used in worship.[8]

[4]Arguments of the opposite kind of view Μαρτζέλος (1993a), рassim, provides much more serious arguments in support of the relationship between these two heresies.

[7] In fact, Eunomius, influenced by his teacher Aetius, divided the names into two types – those created directly by God and those created by human thought. The name “unborn” (ἀγέννητος) is created by God par excellence and expresses in itself precisely the divine essence (Basilius, De Spiritu Sancto 2, 4). For the ancient history of this theory of language see Михайлов (2005), 101–117.