The shrine near the village of Krepost, Dimitrovgrad Municipality 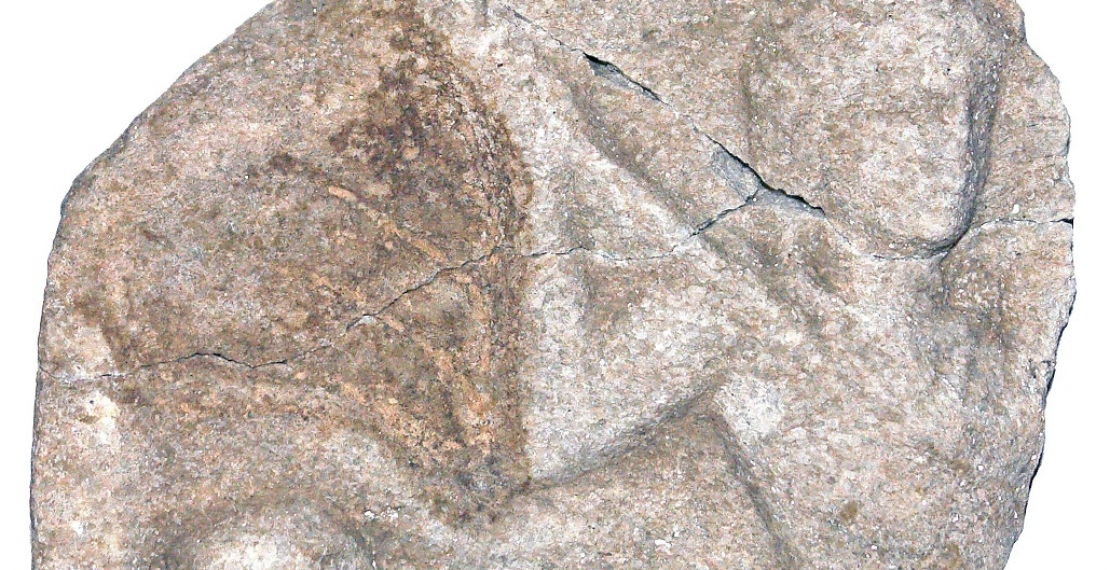 Abstract: The shrine near the village of Krepost is one of the examples of continuity of worship practices for a thousand years. Ritual activities began in the early Hellenistic era and continued uninterrupted throughout the Roman era. In the 2nd-3rd c. AD the Thracian horseman was worshiped in the shrine and at the end of the 4th c. AD or the beginning of the 5th c. AD a one-nave church with a narthex was built. The same church was expanded with an addition of another narthex and an atrium in its west.A small Christian necropolis was developed around the church. Life gradually disappeared near the village of Krepost during the 6th c. AD.

The worship site is located about 2 km east of the village of Krepost, in Dimitrovgrad region. It is located on the northern slope of a low hill, surrounded by shallow ravines on east and west, in which there are also springs. The complex was studied by rescue archeological excavations between 2000 and 2011, but the results have not been published yet. 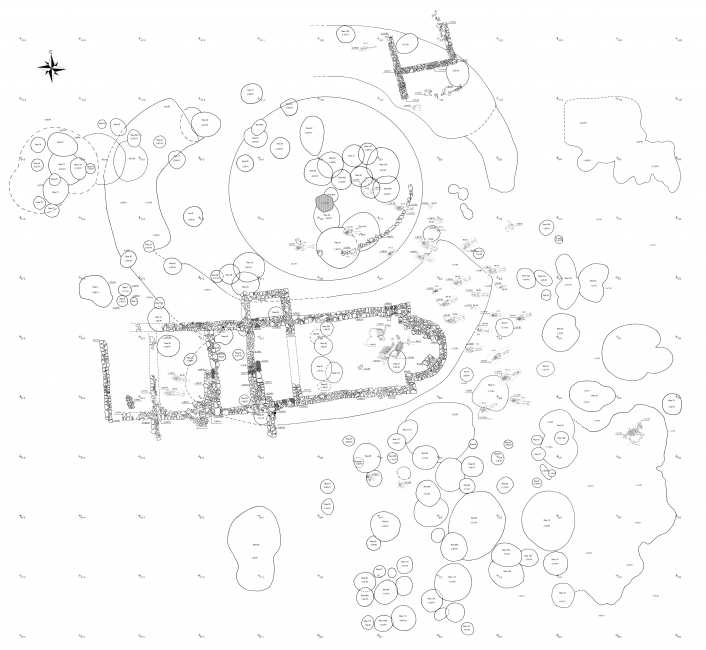 The earliest recorded worship facilities are holes from the early Hellenistic era. About 80 of such structures have been examined. The excavations are of different depth and size, and their filling consists of soil, mixed with ash, coal,ceramical fragments, fragments of worship hearths, plaster and animal bones. Animal skeletons have been examined in anatomical order in some of the holes, which show that horses, dogs, deer and pigs were being sacrificed. There have not been recorded excavated structures dating with certainty back to the 2nd – 1st c. BC. A part of the holes with whole animal skeletons, but wihout dated materials in the filling, could belong to that period.[1]

In the first century BC in the central part of the examined area a grave mound is amassed, at the base of which cremated human bones were found. Shortly after the burial, possibly in the second half of the 1st c. BC, several arched ditches had been dug around the mound, which do not close up in a full circle around the tomb facility. The ditches were gradually filled with gray ash soil, a considerable amount of fragmented pottery and animal bones. Moreover several very well-presered bronze brooches (fibulae) were found, as well as coins. In the southern part of the ditch, under the nave of the Church that was built later, three horse skeletons in anatomical order and a skeleton of a dog next to them were discovered.[2] The excavated ditch to the east of the mound is distinguished by great dimensions, and an irregular shape while it shares similar characteristics with the aforementioned one. In the northeastern part of this mound a horse skeleton in anatomical order was found.[3]

The center of the worship activities in the later stages of the Roman era is shifted to the southern part of the site. The examined holes are relatively shallow, quite diverse in shape and a significant amount of lacquer pottery was found in their filling, as well as coins from the 2nd and 3rd c. AD. Several votive tables were found during the excavations. In almost all of the monuments the Thracian horseman is depicted moving calmly while to his right there is a female figure near the horse; only once the horseman is represented as a hunter holding a spear in his right hand. The votive tables are small in size, the relief is low and the images are treated quite generally without details.[4]

The materials from the late Roman era are concentrated mostly in the area under the later Church and probably the center of religious activities was shifted exactly there during that period. The church itself was built at the end of the 4th c. AD – beginning of the 5th c., when the pagan shrine had already ceased to function. It is a single-nave church and consists of an undivided narthex and entrances from the south and north. Later, after the middle of the 5th c. AD, the building was expanded to the west with the addition of a secondary narthex and a small atrium, and to the north of the original building a small rectangular room was added. To the east of the church there is a necropolis with a charnel house. The graves are in accordance with the already existing building and therefore the 4th c. AD or the beginning of the 5th c. AD is considered a certain terminus post quem for their dating. The church was abandoned in the 6th c. AD and graually fell into ruins.[5]

The shrine at Krepost is one of the few certain examples of continuity of worship practices of the pre-Roman and Roman eras, filling the recorded  “hiatus” almost everywhere in the Thracian lands during the transition between the two eras.[6] There are some changes in the organization of the shrine, which occurred around the end of the 1st c. BC. – New facilities, gift store rooms and sacrificial sites, such as ditches appear, but holes of various shapes and sizes continue to be dug and filled. In general, the character of the offered gifts is preserved. Horses, deer and dogs were brought as sacrificial animals in both the Hellenistic and romans eras, and were placed in holes and ditches There is no evidence for placement of chromel during the roman era, but elements of costumes and jewelry are presented in good condition – also with brooches, rings and more. Life did not stop at the worship center of Krepost after the adoption of christianity. A small church was built in the central part of the pagan shrine, right on one of the ash-filled ditches, which forced the builders to place the foundations of the building at a considerable depth. There are no recorded settlements near this site and apparently the complex has served the religious needs of the surrounding population for a millennium.